What a great opportunity that I had working on this movie. I’m very proud with the result that our team at BlueSky  is bringing to the theaters this year. I was responsible to rig this guy on the thumbnail  and I can tell you that I enjoyed every single day making his rig. It was quite challenging to deliver the rig with all his crazy accessories, you will understand when you see it. It’s nothing new but here is the second awesome trailer of the movie. 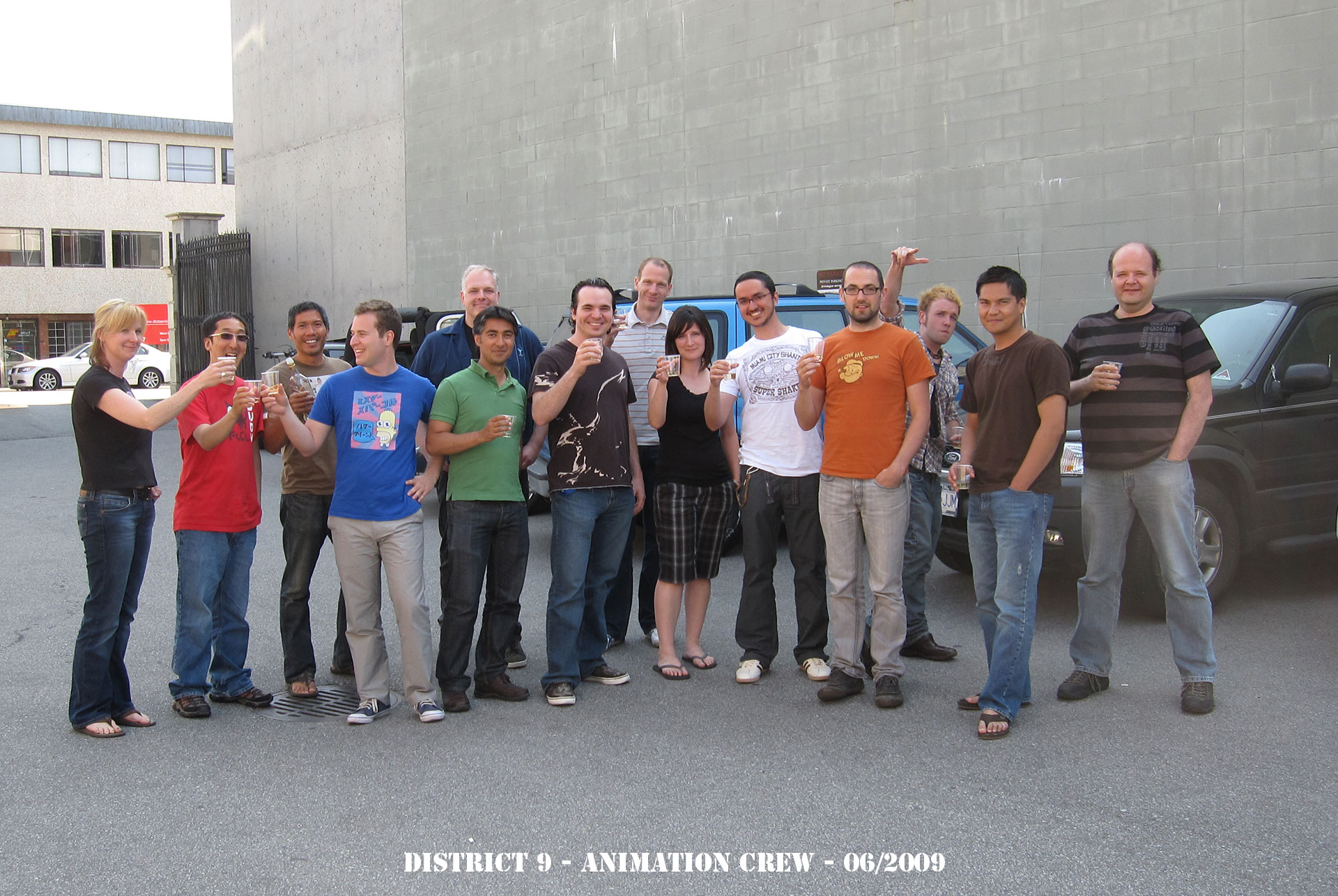 This is was my first feature film as a character animator. I know…  I’m pretty lucky I right? …but I thank to God to have opened this opportunity in my professional career. I have some friends that mentioned during the project that they have been working for many years in the industry and just at the District9 project they felt that they was doing something really exciting for the first time. Thanks to Steve Nichols who showed such a great leadership and as a person itself.  For some reason he really believed in my job and gave to me great shots, including the very last one of the movie. Thanks to everyone who worked in this amazing team witch I felt like a bunch of good friends, whatever you are I hope we can meet up again for some good talk like the old days in the bars of Vancouver! Here is my demo reel from 2010 as a character animator.

It was really fun to make this little guy. His name is Gupta and as you can see he have an important job in this movie, a Pirate Flag!!! 🙂 It’s a rig like any other but with a distinct flag mode for animators slide and animate him as a flag when it’s he need’s to show that the movie is about pirates. The technical quality of this movie is stunning with all effects and environment reactions make me very proud with the final result.  Here is the Sid dance:

And here is the trailer: